The Puritama Conservation Reserve, located in the depths of an Andean canyon in the Atacama Desert, holds a unique ecoregion where the Andean Altiplano and the driest desert in the world meet at the great lake of the Atacama Salt Marsh.

It is located 60 kilometers north of the town of San Pedro de Atacama and its 6,000 hectares are an oasis of water and vegetation along the Puritama River from the Altiplano to the Atacama Desert.

Explora created and administers the Reserve with the mission to protect, promote and develop sustainable tourism by emphasizing Atacama’s natural and cultural heritage. Explora received the 2018 National Environment Award for its work in this area.

The climate and geography of San Pedro de Atacama, which is at 2,400 m.a.s.l., favor the emergence of diverse types of plants that are very characteristic of the area. There are 39 types of plant formations divided into categories such as trees, bushes, cacti, grasses and coligüe, among others.

Many of these plants are used for medicinal purposes, as well as for infusions, gastronomy and construction, among others. Some examples include Rica Rica, Copa Copa, Paja Brava, etc.

This territory is home to a variety of fauna, where different types of birds, insects, amphibians, arachnids, reptiles and mammals can be seen, including the Andean Cat (Leopardus jacobita), an endangered species that Explora has been monitoring since 2010.

The Andean cat is one of the most unknown, rare and threatened cats in the world. It is also called “the Ghost of the Andes” because of how hard it is to see. Its body is small – twice the size of a domestic cat – gray with brown spots and a long bushy tail with rings, helping it to blend into its habitat. It is estimated that there are currently 1,400 Andean cats, which live under extreme temperatures in the high altitudes of Chile, Peru, Bolivia and Argentina, with viscachas being their main source of food. They are solitary creatures but can be spotted in pairs or with their cubs during mating season or after giving birth.

IMAGES OF THE RESERVE 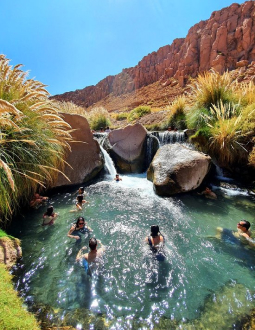 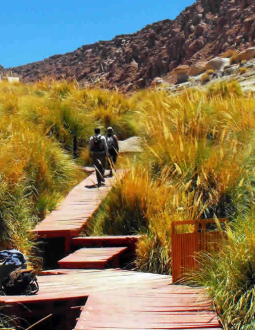 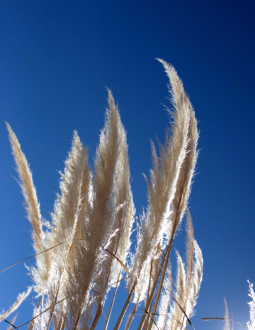 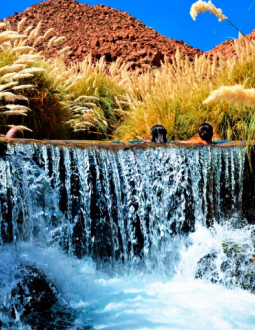